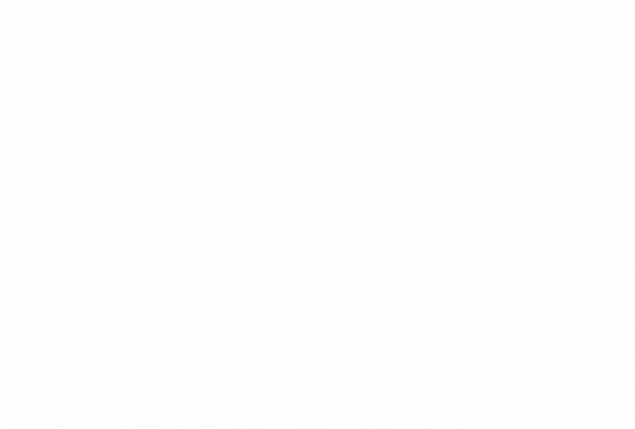 By No Sanctions
Posted March 15, 2021
In Uncategorized
Dogmatism Run Amuck: The Trudeau Government Jettisons Most of its Venezuelan Allies Living in Canada and the US2021-03-152021-03-15https://nosanctions.org/wp-content/uploads/2017/11/no-sanctions-logo-2.pngVenezuela Peace Committee Eventshttps://nosanctions.org/wp-content/uploads/2021/03/dogmatism-run-amuck-the-trudeau-government-jettisons-most-of-its-venezuelan-allies-living-in-canada-and-the-us.jpg200px200px

In a theatre-of-the-absurd move, the Government of Canada has slammed the door shut on its Venezuelan associates currently living in Canada and the United States. The Justin Trudeau/Chrystia Freeland tandem has effectively closed off access to Venezuela for Venezuelans, dual citizenship Venezuelan-Canadians, Venezuelans living in the USA and Canadians wishing to visit or carry out business in Venezuela.

A brief synopsis of Canada’s malfeasance in regards to Venezuela and Venezuelan citizens:

•  In the days following the 2002 coup d’état (an act of US State-sponsored international terrorism overturned within days by massive crowds of citizens who took control of the streets of cities and towns all over Venezuela), which temporarily overthrew President Hugo Chávez, the government of Canada chose not to condemn the event. This amounts to a dereliction of duty in regards to the UN Charter that surprised many Canadian onlookers.

•  Canada has long marshalled support for and staged nefarious and illegal activities in and against Venezuela. A 2004 cable revealed by Wikileaks from the then US Ambassador to Venezuela Charles Shapiro to his superiors in Washington, showed that the sitting Canadian Ambassador to Venezuela Allan Culham (2002 to 2005) was actively pursuing a defamation campaign against President Chávez. Over the last two decades, as Canadian Ambassador to the Organization of American States, Culham has been relentless in his attacks aimed at legitimizing the coup. He as also acted as Canada’s external advisor on Venezuela from 2017 to 2019, equipped with a $200,000 contract to coordinate Canada’s effort to overthrow the Maduro government, and he is presently the Special Advisor on Venezuela with the Department of Global Affairs.

•  From 2004 until today, Canada has provided political cover (including as the co-creator and leader of the infamous Lima Group) and material support to the sycophantic Venezuelan opposition, funded bogus “human rights” groups and a fantastical human rights award. In addition, Canada has financed the indoctrination and training of thousands of Venezuelan youth in covert, social-media-concerted subversion and psychological-warfare tactics, to be used against the Venezuelan State, its community institutions and its citizens. Former Canadian Ambassador to Venezuela Ben Roswell repeatedly played up his “success” in co-coordinating this sabotage and public system degradation activity. This regime change operative also cited Chrystia Freeland’s enthusiasm and political and material support for these operations. In short, Canada has been a key cog in the incitement of a manufactured but failed insurrection against Venezuela’s legitimate government and the hybrid war against the Venezuelan people.

•  In 2014 and 2017, the US and Canada financed mob riots and coup attempts, in which public buildings and infrastructure were destroyed, and hospitals and daycare centers set on fire, to the tune of $467 million (US) and tens of millions from Canada. These racist “shock-and-awe” mobs set up barricades (guarimbas) at strategic points, set fire to and murdered young black men (a case in point, 22-year-old Orlando Figuera was first hung and then burned alive) in highly destructive rampages that lasted months, paralyzed economic and societal activity (i.e., “made the economy scream” in an encore performance of Richard Nixon’s coup against Chile), in order to bring the people to their knees and overthrow their government. In comparison, the January 6, 2021 attack on the US Capitol in Washington was a walk in the park.

•  Crippling sanctions and an economic and financial siege were also imposed by the Trump/Trudeau duet in a vile attempt to take control of the country, a policy that killed over 40 thousand Venezuelan children, women and men in a 12-month period in 2017-2018 alone; thousands more have perished since. This blockade of historical intensity is perverse even to the extent of preempting importation of vital COVID-19 vaccines, as well as insulin and cancer drugs to Venezuela. It is a foreign State-sponsored collective punishment on steroids. In her February 2021 report, UN Special Rapporteur on the Negative Impact of the Unilateral Coercive Measures on the Enjoyment of Human Rights in Venezuela, Alena Douhan, detailed the crushing human toll of these siege-like foreign sanctions.

•  In December 2017, in the aftermath of the failure of repeated US/Canada-sponsored, illegal coup attempts, Canada’s Foreign Affairs Minister Chrystia Freeland expelled Venezuela’s ambassador to Canada, as well as his second in command.

•  During the ensuing year, she refused to renew the diplomatic credentials of Venezuela’s Consul Generals in Vancouver, Toronto and Montreal, thereby forcing the closure of those three Consulates.

•  In the spring of 2018, the US State Department expelled top Venezuelan diplomats. The Venezuelan embassy in Washington was forcibly closed, thus robbing Venezuelan citizens across the US of consular services and diplomatic representation. In contravention of the Geneva Convention, this embassy was ransacked by mobs aided and abetted by the US security apparatus.

•  After this closure, the Venezuelan Embassy in Ottawa took on the gargantuan responsibility, in spite of a rapidly shrinking staff due to Freeland’s ill-conceived refusal to extend diplomatic credentials, of additionally providing consular services to all Venezuelan-Americans and Venezuelans residing in the US.

•  In February 2021, Canada declined to renew the diplomatic credentials of the last remaining Venezuelan diplomatic official in Canada, thereby shuttering all consular services to Venezuelans living in both Canada and the US.

Let’s be frank. The majority of the over half-million Venezuelan expats now living in Canada and the US tend to be upper-class right-wing, zealots hell-bent on overthrowing their government. They have never accepted the quaint notion that they should share their often ill-gotten fortunes and privilege with their fellow countrymen and women. Many of them absconded to their new host countries with considerable if not vast sums of cash, sometimes whisked out in suitcases or via money-laundering schemes (to wit, the Panama Papers). They have engaged in treasonous acts, drawing in the all-too-eager mass media (the CBC being an exemplary trumpeter among them) and conducted countless demonstrations and character assassinations against the constitutionally-elected government of their homeland.

Their leaders, aided and abetted by key Canadian political operatives like Freeland and Irwin Cotler (lawyer of terrorist 2002 coup operative and intellectual author of the 2014 and 2017 murderous guarimbas, Leopoldo López), have moved heaven and earth to overthrow their government only to be defeated by the courageous efforts of tens of millions of ordinary Venezuelans determined to preserve their way of life and their chosen political, economic and cultural institutions. The would-be insurgents, in unison with the vast economic and military power of the US, Canada, some European countries and Israel (US and Israeli agents have been implicated in several paramilitary raids and economic sabotage activities, within Venezuela’s borders) and of neighboring hostile leaders such as narco-state despots Bolsonaro and Duque, have failed miserably and laughably over 21 years of coup attempts, financial strangulation and collective punishment (a crime against humanity under International Law).

The very ventriloquists and supposed protectors of these treasonous Venezuelans, the US and Canadian governments, have blocked access to essential consular services from their home country. With friends like these …! Beware intrepid agents of insurrection on behalf of colonialist Ottawa: “Canada does not have your back.” Now, in the wake of Juan Guaidó’s fall from grace and his proven acts of perfidy and paramilitary aggression, which have dishonoured and split the opposition in Venezuela, many of these same Venezuelan nationals living in Canada and the US are left confused and untethered.

In practical terms, the USA/Canada actions mean that Venezuelans now living in these two countries, be they supporters of these coup attempts, Chavistas or somewhere in between, may be forced to pay a heavy price with real-life consequences due to their host countries’ duplicity.

Let us count the ways:

•  As of February 8, 2021, they can no longer obtain all manner of Venezuelan State documents, including birth certificates, marriage certificates, citizenship papers, and so on, authenticated or legalized. As a consequence, they are unable to obtain documents essential to their Canadian citizenship application process. As such, a number of them could become stateless non-citizens or designated as illegal immigrants (that’s foreign aliens in the USA) subject to arbitrary incarceration and/or deportation.

•  Statutorily orphaned and state document depleted, their job prospects in Canada, including for example in the medical professions or the Bar, may be compromised.

•  Travel related assistance from the Venezuelan State for medical or other emergencies is no longer available.

•  Venezuelans who get into legal trouble in Canada can no longer seek legal advice or consular assistance from their government.

•  Individuals and companies can no longer access business and trade support services from Venezuela.

•  Those who participated in the massive international effort to destabilize and overthrow their government and degrade the security of their former communities and neighbors in Venezuela are left in statutory limbo. Access to everyday life activities such as bank loans, land titles, public schooling, government pensions and a myriad of other services can become more difficult.

•  In time, public sentiment in Canada may shift, as tends to happen in such cases, and they may become the targets of public angst and discrimination.

In the meantime, Canada’s beacon on the world stage has dimmed significantly because of this absurd obsession with waging this hybrid war via intensive, misguided support for a totally discredited, cartoonish leader like Juan Guaidó. Thanks to Trump and Trudeau, this vile figure has padded his wallet to the tune of over 2 billion euros, hidden in European bank accounts. His fraudulent portfolio has been accumulated via US raids on the collective Venezuelan wealth, as well as from “humanitarian aid,” paid for by Canadian taxpayers among others. Guaidó’s thievery and thuggery (scheming with Colombian narco-paramilitary groups and the CIA in launching armed assaults on Venezuela and assassination attempts against its democratically-elected President) have been vehemently criticized by his own right-wing opposition co-legionnaires, because of the outlandishness of his political pretenses and the severity of his criminal and treasonous acts.

Trudeau, Freeland and the Canadian mining and oil giants insist on remaining the agents of their own defeat, of our collective shame and moral consternation and of the liabilities incurred by most of their own most stalwart-but-wayward Venezuelan allies. Ironically, the Justin Trudeau/Chrystia Freeland train wreck has not only not done right by the citizens of Canada and the oppressed peoples of the world, it has just jettisoned their foreign-born, coup-obsessed but now not-so-sure co-conspirators.

Pierre LeBlanc is a Canadian policy analyst and activist, has worked on a host of human justice and equality issues both domestically and internationally. Over 45 years, he has analysed, written and intervened on the policies and actions of the Canadian Government. Pierre LeBlanc was an Official International Observer in Caracas for the May 20 2018 Venezuelan presidential election. While at UNESCO in Paris and Palestine and Israel, he developed a Tier II Peace Dialogue Initiative with the Palestinian and Israeli civil societies. He has also worked on conflict prevention initiatives in Macedonia and Lebanon. Mr. LeBlanc is a national authority on Canada’s official language policies and has worked extensively on the development of societal infrastructure in his country. 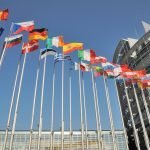 Former Ambassador to the EU Claudia Salerno: “The Presidents of Venezuela are Not Elected in Brussels”Uncategorized