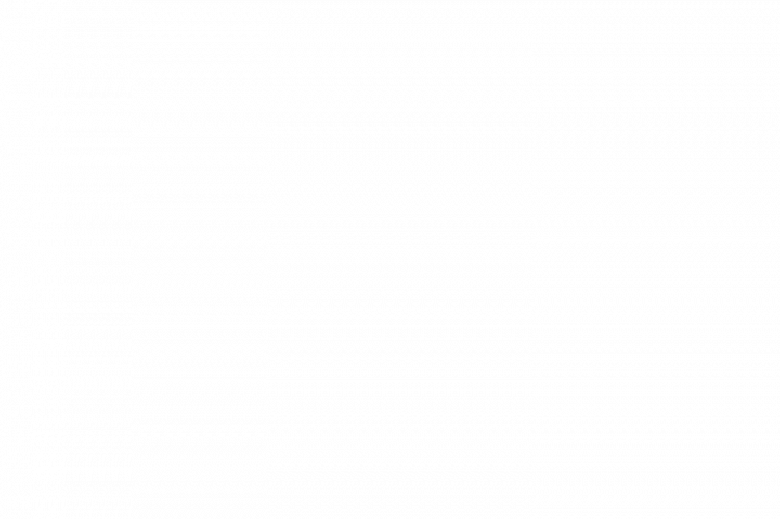 By No Sanctions
Posted March 24, 2021
In Uncategorized
Former Ambassador to the EU Claudia Salerno: “The Presidents of Venezuela are Not Elected in Brussels”2021-03-242021-03-24https://nosanctions.org/wp-content/uploads/2017/11/no-sanctions-logo-2.pngVenezuela Peace Committee Eventshttps://nosanctions.org/wp-content/uploads/2021/03/former-ambassador-to-the-eu-claudia-salerno-the-presidents-of-venezuela-are-not-elected-in-brussels.jpg200px200px

Karen Mendez Lorredo talks exclusively with Claudia Salerno, who was Venezuela’s ambassador to the European Union, but has been declared a persona non grata by the EU Foreign Affairs Council.

To learn more about what happened, Sputnik talks with Claudia Salerno, also the Venezuelan ambassador to the Kingdom of Belgium and Luxembourg, and a doctor in public international law at the Panthéon-Assas University (France).

—After almost five years as Venezuela’s ambassador to the EU, you have been declared persona non grata. What will happen now? Do you have a set time to leave?

-No, no.  I have the peculiarity that I have three functions in this space. I act as a representative to the EU, but I am also an ambassador to Belgium and Luxembourg, which means that I continue to exercise these functions. Only Belgium, which is the receiving State, can order expulsion.  The EU cannot.  So, in principle, the text of the verbal note that has been delivered to me uses the term persona non grata, but only in function of my duties as ambassador to the European Union.  So I continue my duties as ambassador in Belgium and Luxembourg.

– What consequences will the expulsion of their diplomatic delegates have for Venezuela and the EU?

—The first thing to emphasize is that Venezuela made that decision reluctantly.  We would never have wanted to get to this moment that we are living with the European Union.

We have used all diplomatic resources and all political avenues to try to re-establish a constructive dialogue with the European Union. However, at the time when we were building a solid bridge to establish the criteria for a dialogue, a rapprochement between respectful cooperation, by surprise, four countries that call themselves the main group of Venezuela in the European bloc, decided to promote a list of sanctions against 19 Venezuelan officials, without consulting with the other countries, without mediating any type of communication and without the right to due defense.

—Who were those four countries that promoted the new sanctions list and what could have motivated them?

– Frankly, it must be said that our main complaint and what we most regret is that Germany, France, Spain, and the Netherlands, those who call themselves the main group of Venezuela in the European Union, have abruptly decided to appear at a meeting on issues from Latin America and the Caribbean in Brussels with a list of 19 people who were pulled up their sleeves.

For us, it is not a coincidence that a few days before Germany appeared in Brussels with that list of 19 officials, a former leader of the Venezuelan opposition, who no longer represents absolutely anything in the national political context, Mr. Leopoldo López, visited Berlin and a few days later Germany promoted in Belgium that Venezuelan officials be sanctioned in order to subject the European institutions to the agenda of the national coup.

Some indications make us think that there is a motivation and an impulse that is generated by the worst of the European right and the worst of the Venezuelan extreme right abroad, which has decided, in its frustration at Trump’s failed agenda, to transfer to Brussels the encouragement to continue inflaming the tone and level of the relationship with Venezuela.

—Just a month ago, the Foreign Affairs Council lowered the status of Juan Guaidó from president-in-charge to a privileged interlocutor and called for dialogue and reconciliation. Although, of course, he also warned that more sanctions could be applied.

—The European Union always fills and ends its communications by calling for dialogue in Venezuela, solving problems through voting, in a peaceful way; but a list of sanctions has nothing to do with that message with which they say they commune.

After spending nearly five years representing Venezuela in European institutions, I have seen the repeated and systematic failure of trying to impose misnamed sanctions on another country so that this country does what they want. It is very colonialist as a concept, so interventionist that it is impossible to think that the international community is still operating in those terms. It is shameful to think that this is the same European Union that at some point was able to build a Treaty of Versailles to reconcile a score of countries after having piled up more than 60 million dead on its streets after World War II.

I, who have been a student at a European university, prefer to believe that the EU has to continue to have something that makes it connect with that greatness of union that really established bridges.  How did they now become the space co-opted by Trump and the worst of the right-wing in global politics? This is absolutely unfortunate.

We have been sending the same message for 200 years, we have not changed our discourse by an inch: we are free, we are independent, we have absolutely nothing to do with them, we respect them, but they will not decide absolutely anything for us, and in that regard, we are not going to compromise even a millimeter.

—After the sanction of the 19 Venezuelan officials, the Bolivarian Government expelled the ambassador of the European Union, the Portuguese Isabel Brilhante.  The EU warned that this expulsion was “unjustified” and “contrary to the objective of the Union to develop relations”.  What do you answer?

—The only thing that is contrary to the objective of developing good relations is to impose unilateral coercive measures. Shortly before the European Union made that decision, there had been a very important visit to Venezuela by the UN Special Rapporteur on coercive measures.

After presenting a report in which the rapporteur asked the United States and the UN to lift their sanctions against Venezuela, the EU responded by increasing the list of sanctions against our country. It is completely untimely, but also illegal because International Law not only does not contemplate but expressly prohibits that any regional, sub-regional, or cooperation body can establish sanctions against any country without the endorsement of the Security Council of the UN.

The European Union is not a supranational body that is above the universal system.  In this world we live in, we have given ourselves a universal system of rights and, in that system, there is the most sacred of all, which is International Law, which must be respected and protected by all.

—But, if these so-called sanctions violate International Law, why are they still being applied? What is the objective?

—They might like the noise that the sanctions generate. But what is most saddening is that the European Union continues to be obsessed with trying to maintain focus on a methodology that is contrary to International Law and that does not generate the results that they claim to want to generate. How many more years does the European Union need to understand that Venezuela is not going to change its independence or its electoral autonomy just because they put us on a list?

For example, the Venezuelan opposition, for the simple fact of having, in some way, disregarded the European Union’s instruction not to participate in the elections, were put on the sanctioned list, who are they to do that?

—The European Union alleges that they are individual sanctions against officials, not against a country, that this does not affect the rest of the Nation. What is the impact of these sanctions?

—The impact is collective from the moment they touch any person who has a public function, because the Executive exercises, there has been a popular election that has decided that the Government be exercised by one person and, consequently, by a team that elected person chooses. That is the very nature of democracy.  So, the fact that the European Union strictly sanctions all the national public powers means that it is sending a message saying that it does not respect the will of the Venezuelan people, that is why it touches all the Venezuelan people.

But beyond the list, the names, if you read the reasons for sanctioning them, it is shameful.  For example, we have the case of Diosdado Cabello, who in addition to being a leader of the PSUV and being a legislator, has a television program, which they say, they do not like because they think it is offensive. Can you imagine? I could make a huge list of television programs that I do not like in Spain and that I consider terrible from the communication point of view, but is that reason enough for 27 countries to agree and sanction the person who makes that program?  But what are they talking about?

—What is the danger that you see in international relations if these types of policies are maintained?

—They are an affront to everything that we have been building as civilized nations since the post-war period. We all understood that a universal system of rights had to be created that would bring us all together as equal nations and that would allow us all, together, to give ourselves a space in which we could settle our differences, that this had to be sacred because it was the guarantee that never again on the planet would there be confrontations like those that took place until the end of 1945.

Everything that happens now goes against everything that we have given ourselves as law. That is the first great transgression, and it is there where fascism finds a bed, where fanaticisms find a bed, and when each one goes on his own or goes all against all is when the worst misfortunes occur. The last ones that this planet lived came and happened within the European Union.  That is why you have to be very alert.

It is not about a sanctions list, it is about breaking the universal system of rights, and that is serious.

And today, in a world with a totally altered climate, which is threatened by the most important global pandemic that has occurred in the last 100 years, we have to be mature enough as politicians to understand that there are more important things to talk about between Venezuela and the European Union. That is why I call for the maturity of the European Union, for the need to finish breaking with the US agenda. The world requires serious policies and a return to the Europe of the Treaty of Versailles.

Because behind every EU statement, behind every sanction, every little action, report or poison that they want to put against our country, there are hundreds of thousands of people who can be affected and that is the responsibility to which we have made a call.  They cannot continue to operate under the agenda of the ego of Leopoldo López or Guaidó, that cannot, under any circumstances, be the engine of such a relevant binational relationship.

It cannot be that today, in 2021, with the global challenges we have, the first gesture of the EU towards a country that has just elected a new National Assembly is to sanction, instead of building a bridge, to pay an official visit, appoint a delegation and contribute to peace, stability, and the resolution of the critical needs that the miserable US sanctions have put us through.  I believe that the world expects something else from Europe, and so do we. Personally, I prefer to continue thinking that it is possible. 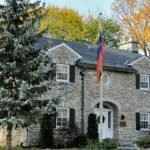 Dogmatism Run Amuck: The Trudeau Government Jettisons Most of its Venezuelan Allies Living in Canada and the USUncategorized 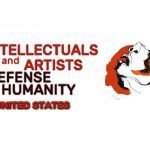 Declaration Of The Network Of Intellectuals, Artists And Social Movements In Defense Of HumanityUncategorized