By No Sanctions
Posted March 8, 2021
In Uncategorized
Unilateral Coercive Measures: When There is a Confession2021-03-082021-03-08https://nosanctions.org/wp-content/uploads/2017/11/no-sanctions-logo-2.pngVenezuela Peace Committee Eventshttps://nosanctions.org/wp-content/uploads/2021/03/unilateral-coercive-measures-when-there-is-a-confession-luis-britto-garcia.jpg200px200px

Professor Luis Britto Garcia discusses the recent publication of a report by the Government Accountability Office (GAO) of the United States, where it admits to the harmful effect of the US sanctions against Venezuela.

Alena Douhan, UN Special Rapporteur on “The Negative Impact of Unilateral Coercive Measures on the Enjoyment of Human Rights in Venezuela” visited us. We sent the Rapporteur a detailed response to her questionnaire, which can be read on her blog at https://redhvenezuela.blogspot.com. But we also recommend, as well as to all conscious human beings, the examination of the document “Additional tracking could aid the Treasury’s efforts to mitigate any adverse impacts U.S. sanctions might have on Humanitarian assistance”, issued by the United States Government Accountability Office (GAO).

The GAO text contains the clear confession that the United States maintains an illegal, premeditated, cruel, and treacherous policy of destroying the economy of Venezuela and the Human Rights of its inhabitants through unilateral coercive measures misnamed “sanctions”. Thus, the GAO admits that: “The performance of the Venezuelan economy has continuously declined for almost a decade and has fallen sharply since the imposition of a series of sanctions by the United States that began in 2015. For example, the economy declined negative 6.2% in its gross domestic product in 2015 to negative 35% in 2019 and a negative 25% in 2020. Sanctions, particularly those imposed on the state oil company in 2019, surely contributed to an even more pronounced decline of the Venezuelan economy, fundamentally by limiting the income from oil production”. It is the government of the United States itself that establishes the causal relationship between the misnamed “sanctions” and the destruction of our economy.

To talk about a decline in the internal economy caused by external forces sounds very abstract, but it has concrete effects on the human rights of the victim population. We cite the GAO’s statements, some controversial, but which reveal their perception of reality: “According to a recent domestic survey by a Venezuelan university, an estimated 96% of the Venezuelan population lived in poverty in 2019. Additionally, a statement of the Food for the World Program of the UN, estimated that more than 9 million Venezuelans, approximately one-third of the population, lacked reliable access to a sufficient quantity of nutritious food.” It would be an abrupt change from 2015 when our indicators showed only 4.7% extreme poverty. As if to fill with pride the United States and the opposition that obeys it, having supposedly increased the poverty of Venezuelans in less than five years by 91.3%.

The excuse for such criminal measures would be that “Maduro declared himself victorious in a Presidential election that the Venezuelan National Assembly, as well as many external observers, considered as not free and fraudulent.” But the National Assembly has no powers to invalidate elections, apart from the fact that it was elected in elections governed by the same Supreme Electoral Council and with the same procedure as President Maduro was elected. If the election of the President is “not free and fraudulent,” so would that of the Assembly. On the other hand, what laws, what regulations, what powers empower anonymous “external observers” or the United States government to qualify, validate or invalidate what is happening in another country, and to adopt sweeping coercive measures that, in their own words, would result in 96% of the inhabitants fell into poverty and that a third of them do not have access to food? Let us add that the GAO Report, even though it states that “the United States recognized Interim President Guaidó as the legitimate leader of Venezuela on January 23, 2019”, always speaks of the “Government of Maduro”, recognizing that it exercises effective, real and operational control of the country.

The GAO does not stop listing the harmful results of the coercive measures. According to the report, “more than five million citizens, close to 17% of the population, have fled the country to seek relief from the crisis, according to the platform of coordination between agencies for refugees and migrants.” this is false: neither the CIA Factbook nor the Mundi index record such immigration impacts in the neighboring countries. “in 2020, the unexpected to assist 7 million Venezuelans in need of humanitarian aid in the country.” “from 2010 to 2015, the unemployment rate had stabilized on average at 7.7%, but from 2015 to 2018, it rose from 7.4% to 35%”. The GAO does not offer any reliable source that proves the mentioned increase and acknowledges that it is based on “own estimates”; but if it had such a magnitude and it was due to coercive measures, why not suspend them? The answer is simple: the Venezuelan people is submitted to a brutal punishment, so that it changes its government. It is pure and simple extortion or, as Barak Obama confessed, “to twist the arm” of an entire country.

Luis Britto Garcia is a Venezuelan lawyer, writer, and historian. In 2002 he received the National Literature Prize, the highest literary award given in Venezuela. A supporter of the Bolivarian revolution, he was honored at the International Book Fair of Venezuela in 2012. In 2013 and 2014, he represented the Venezuelan government in the Inter-American Commission of Human Rights. Currently the Coordinator of the Network of Intellectuals, Artists, and Social Movements in Venezuela. 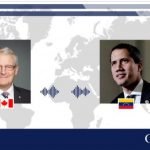 Organizations Call on the Canadian Government to End Sanctions Against VenezuelaUncategorized 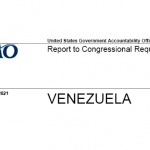